On Wednesday, June 8, the Heritage Corridor Business Alliance (organizers of Lemont Legends Cruise Nights) recognized the founder of the car show by naming its Annual Best in Show Award.  The new "Duane Petersen Trophy" will be presented at the conclusion of the 2022 Car Show Season to one of the weekly "Cool Car of the Week" finalists that wins a popular vote.

Duane Petersen is the owner of Petersen's Main Inn in Lemont Downtown.  The bar itself has been around for a long time, being first known as "Honest John's."  The name changed in 1937 to "Main Inn" after an ownership change, and in 1989, Duane and Linda Petersen took over the bar.  Duane stated that the show started with just five cars, and has since expanded to hundreds of cars every Wednesday during the summer.

Inside the Main Inn, a new plaque will be installed honoring those that have won the Best in Show award, starting with 2021's winner (John P from Lockport, IL).  Each year, the picture on the plaque will be replaced with the past seasons victor. 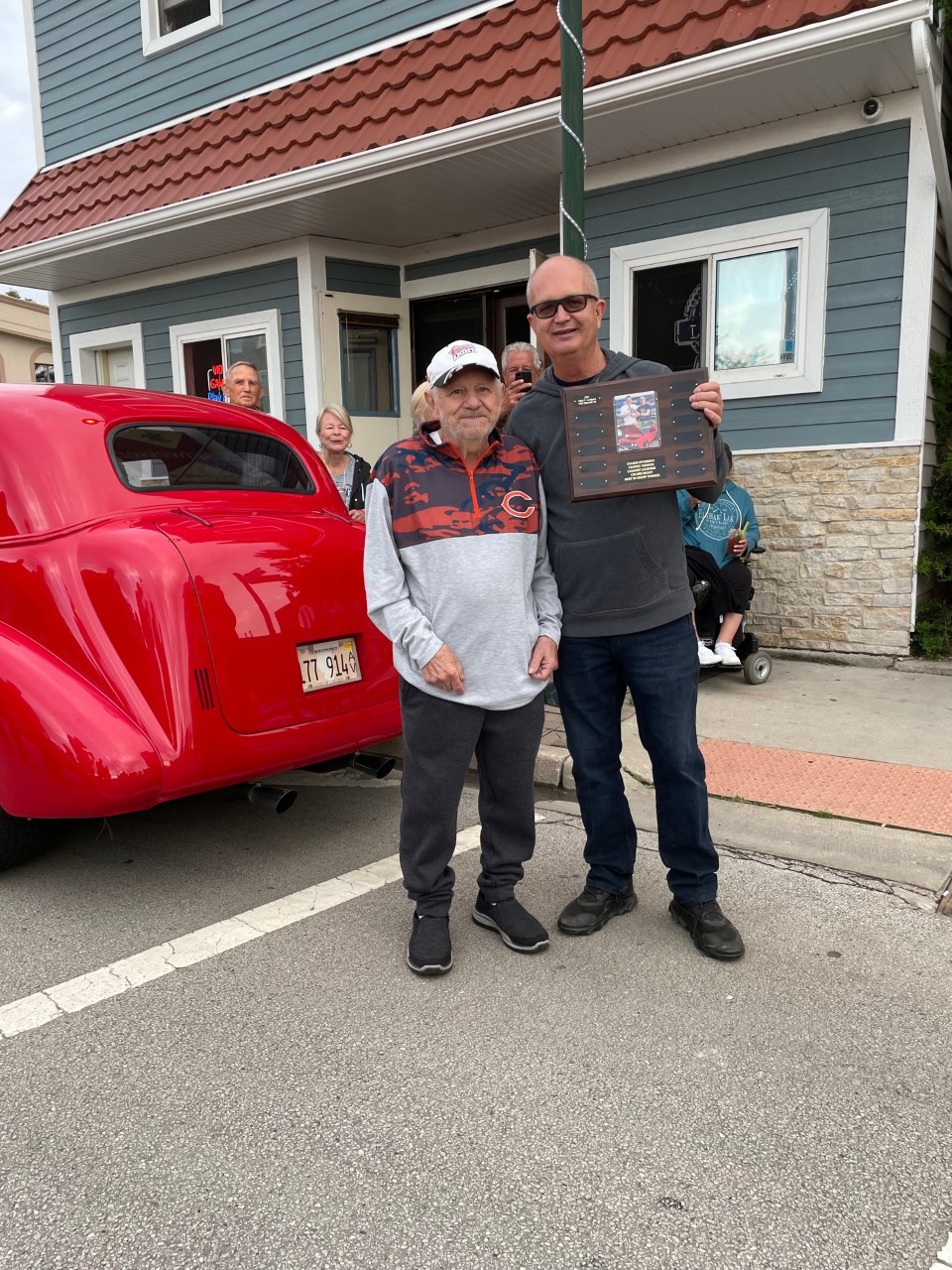